The Dominican Republic is a Caribbean island with an area of 48,442 km ², surrounded entirely by water, with a mountainous relief quite pronounced, having these characteristics arises the following question; are earthquakes and tsunamis common in the Dominican Republic?

In the Dominican Republic, large earthquakes are not very frequent and tidal waves are practically non-existent, although historically significant events have been recorded in different parts of the country in past decades.

A Brief History of Earthquakes in the Dominican Republic

The two provinces belonging to the Northern Region of the country, Santiago and La Vega, have been the sites where the greatest damage has been caused by earthquakes in the history of Hispaniola, from the colonial period to the present day.

The one that occurred on September 22, 2003, in the northern block, formed by the Cibao Valley, the Northern Mountain Range, Samaná, the Atlantic Coast and the Northern Island, has been the most studied by the Institute of Seismology.

On June 28, 2002, the penultimate one occurred in Villa Vásquez with a magnitude of 4.3, putting this population in a state of panic and alert.

The first earthquake in Dominican history occurred in Santo Domingo on May 2, 1551.

On December 2, 1562, at approximately 8:30 p.m. M., it happened in the Northern Region, specifically in Santiago de los Caballeros, Concepción de la Vega and Puerto Plata, are destroyed. In Puerto Plata, the Convent of San Pedro Mártir, built in 1526 and the church of the Dominican Fathers, was the most damaged. Its intensity was 11.

Again in 1614 an earthquake occurs in Santo Domingo.

The church of Azua was destroyed by an earthquake in 1665.

In 1673, the earth was totally destroyed in Santo Domingo, with a density of 9.

Santo Domingo, was destroyed on November 9, 1701 by an earthquake.

In the years 1713, 1734 and 1751, the island again felt strong tremors. On October 8 and 12, 1751, they were felt in Santo Domingo. The village of Asua is destroyed, on October 18 of that year. In Santo Domingo, it wreaked havoc on several houses and buildings. There were several shocks in that month of October.

Santiago again felt strong earth tremors on February 11 and 12, 1783, there was heavy damage to the church and brick houses.

The whole island trembled in the years 1881, 1887 and 1897. In that last year, the churches of Carmen, La Mayor and La Altagracia were noisy in Santiago. In Puerto Plata the underwater cable breaks.

In the 20th century, there were numerous shocks. On October 6, 1911, known as the San Bruno earthquake, which ruined the church of San Juan de la Maguana. Also on the morning of October 18, 1918, which destroyed Mayagüez, Puerto Rico.

Of the earthquake that occurred on August 4, 1946, with a magnitude of 8.1 on the Ritcher scale, much has been written in these days of the strong devastation it wrought throughout the country, mainly in Santo Domingo and in Matanzas and Nagua (Julia Molina).

Four tsunamis have hit the Dominican Republic after an earthquake. The first of these was in 1842 when the entire northern region of the island of Santo Domingo, especially Haiti, was hit by this phenomenon.

The book “Aspects of Dominican Seismology” by Dominican writer Ramón Delanoy also cites a tsunami that hit the east coast of the Dominican Republic on October 10, 1918. The tsunami occurred after an earthquake of 7.6 degrees on the Richter scale with the epicenter in the Canal de la Mona.

“The sea convulsed away and returned violently,” Delanoy notes in the book, which also recounts the earthquakes that have struck the island since 1492.

On August 4, 1946 at 1:51 in the afternoon a tidal wave swept the bay of Samaná, then the sea went away, but returned and devastated the town of Matancita in Nagua.

A tsunami also entered the Dominican Republic in 1984, however, this one did not have much notoriety.

Delanoy, who is the director of the National Center of Seismology, says that when sea waves move toward the coast after an earthquake generates a tsunami, there is some luminescence in the waves.

“The sea water is permanently in motion. A wave is the movement of seawater, caused by wind, earthquakes, temperature differences or tides. Waves produced by the occurrence of an earthquake, travel at great speed, so its destructive power”

Does the Dominican Republic have volcanoes?

In the Dominican Republic, there are no volcanoes, but there is the Duarte Peak, which is the highest peak in the country and also in the Caribbean with 3,098 m (10,164 ft) above sea level.

There are specialized agencies in the country that are dedicated to excursions to the Duarte peak, usually lasting several days with several established stops. It is a very frequent question on how to move on your own to the Dominican Republic, of course, you can look for accommodation and… 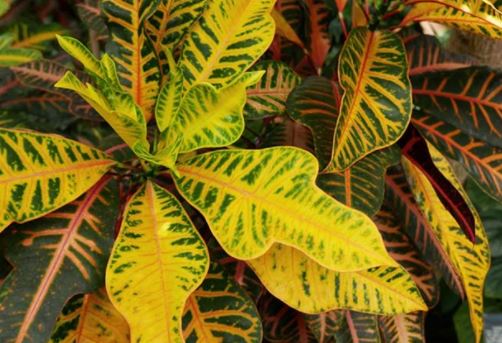