In the province of Puerto Plata, in the Dominican Republic, you can find a variety of tourist sites. From paradisiacal beaches to historical places and even adventure activities. It is also a good starting point for other excursions near Puerto Plata such as Pico Duarte. A good option is to stay at La Protectora farm, since with them – in addition to accommodation and good food service – you can book all kinds of excursions in the surroundings.

La Protectora Farm consists of wooden houses in the mountains, where you can stay. They are located in the northern Sierra in the province of Valverde and borders Puerto Plata.

The road through the mountain to the cabins is not yet paved, so it is advisable to go in 4 × 4 vehicles. However, you can request that they look for you in a nearby city or, even, at the Santiago airport, which facilitates your arrival. This set of cabins, have different provisions depending on the needs you have.

There are individuals, couples and groups of friends or family who wish to sleep together. They have their bed, bathroom and a balcony where you can sit and watch the views.

The place where all the action is usually congregated is in the restaurant of La Protectora. This is quite spacious, so you can also organize meetings, birthdays and any other celebration.

The food is not only typical Dominican cuisine, but much of the ingredients are fresh because they are collected from their crops. Best of all, the restaurant has one of the best views of the place. Preceded only by the viewpoint that is above the mountain, from there you can see 360º and you almost see Haiti.

In La Protectora Farm they can take a walk among their crops so that you know not only the vegetation that surrounds you, its uses and properties, but also see how the process of collecting and preparing coffee and cocoa is. At the end of the tour, you can choose between a coffee or hot chocolate.

This is ideal for adventure and adrenaline lovers. In the 27 Charchos or Saltos de Damajagua, you will pass from one “puddle” to the other by sliding down the rocks or jumping. Not all are equal they are all different and each one has its particularity. It should be noted that there are not always 27 puddles since this depends entirely on the rains. When I went there were 13 jumps, which were more than enough to enjoy the experience.

This activity is done in a group and you go with the guides of the place. First, you start with a trek through the forest until you reach the last puddle that is in the moment (the 13th or 27th) and from there you start to jump from one to the other until the end.

It is recommended that you wear neoprene shoes, with which you can walk and then jump into the water because you will not have where to leave things once you start the tour.

In addition to being safe, you will enjoy a lot and release a lot of adrenaline. In case you do not dare to throw yourself through some of them, there is always an alternative path.

You will not have to worry about the food since in this enclosure you have a buffet restaurant. As for the bathrooms, you also have space to change your clothes and lockers to leave your things.

If what you want is a walk through history, Historic Isabela will transport you to other times. Here the first foundations of the New World were built when the Spaniards arrived in 1494. Where today there is an archaeological park, at that time traffic was channeled between the island and Spain with a port, customs, warehouses, and shipyard.

This complex is divided into four areas, “El Castillo” is the main core. The agricultural, livestock and the artisanal area is located in «Las Coles». Finally, there is the shipyard area and the quarry area, where they used to obtain the stones they used to build.

The castle was formed by a wall that contained the house of Christopher Columbus, the church with its cemetery, the royal warehouse and the tower of the wall. Now only the stone foundations remain, of which the best preserved are those of the house of Columbus with 60 cm height.

There is also the Archaeological Museum of La Isabela, where the complete history of the first city of the New World is told. The collection includes photos, crafts, models and other historical elements. On the other hand, you can also go to El Castillo Beach. The view of the sea makes you remember a sea of ​​silver, maybe that’s why they called it Puerto Plata (Silver Port).

Estero Hondo is known as one of the few Marine Mammal Sanctuaries in the Dominican Republic. Estero Hondo is a 10 kilometer long and 2 wide lagoon, which you can sail with rented kayaks in the area.

Among these mammals, you can see the manatees that appear from time to time, despite being a little shy. You have a viewpoint to sit and observe both the landscape and the animals. Although when I went the manatees were a little further from the viewpoint and it was more accessible to see them from the shore of the lagoon.

This is one of the most beautiful and well-known beaches of Puerto Plata. Clear sand, crystal clear and calm waters. Perfect to spend a quiet day with friends, in a group or as a couple. There are several booths where they sell typical food such as Moorish rice, tostones, avocado, fish and lobster.

The best thing you can do after visiting the Ensenada Beach, is to take a tour to Cayo Arena. With the tour, you can also see the nearby mangroves and a natural pool. This place is wonderful and one of the biggest tourist attractions.

If you go you can not stop snorkeling or diving among corals and fish of all colors. The special thing about this Cayo Paraíso is that it is a beautiful piece of sand between the turquoise blue sea and the dark blue ocean.

Pico Duarte belongs to the Central Cordillera of the Dominican Republic and is the highest peak in the Antilles. There are three routes to climb the peak, one of them consists of 45 km starting from Jarabacoa and is done in 3 days. While this is the least crowded route, it is said to be the most difficult, so it is recommended to go fit.

Although the Pico Duarte is more than two hours from the La Protectora farm, it is possible to organize a trip to stay in the “Sounds of Yaque” and make the excursion from there. Sounds of Yaque is another similar tourist hostel but in Jarabacoa. It is the same concept of cabins to disconnect in full nature. The Dominican Republic is a country that has a great diversity of spaces that adapt to the activities that adventurers want to do. Whether to… When I was a kid I used to visit the northern part of the country, especially Playa Grande, this beach is located only 15 km… The Hoyo Claro Natural Monument encompasses an area of wetlands with lagoons, bulrush meadows, and cana palm forests located on the coastal plain of the… 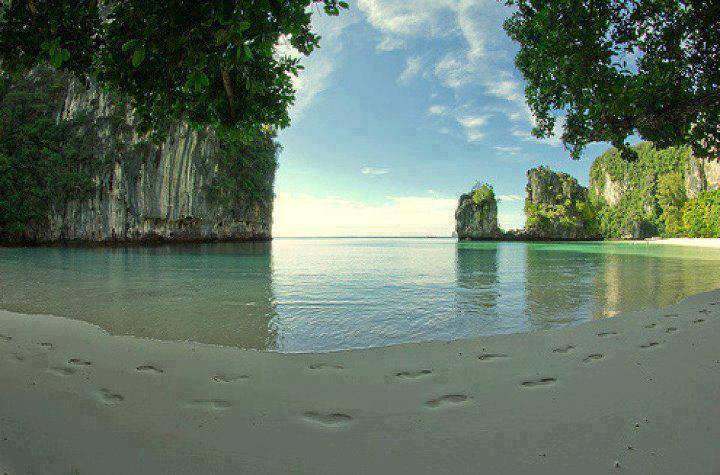 Among the great attractions of the Dominican Republic, are its beaches, rivers, lakes, and diversity of refreshing resorts, which have been conditioned so that Dominicans…