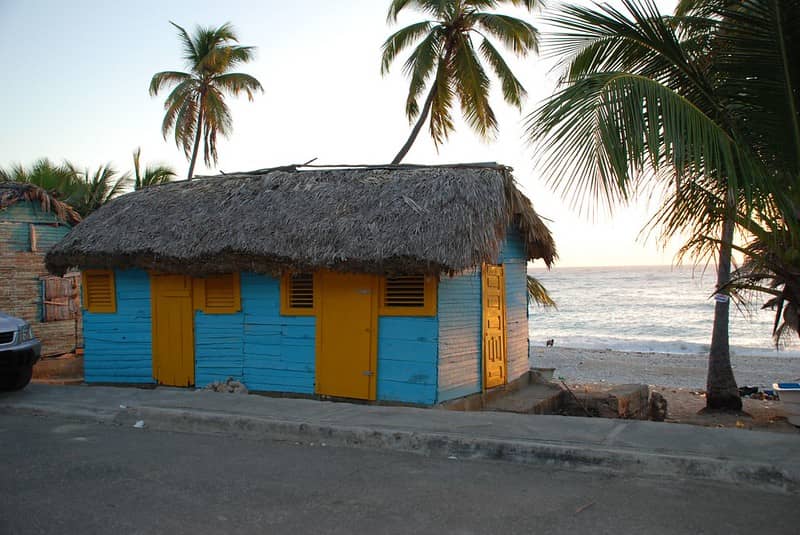 In Bahoruco you can find diverse natural and cultural resources, such as the variety of dry and humid forests that characterize the Dominican Republic and that add value to the ecotourism of the South and make it an option for adventures at any time of the year. However, its attractive potential is waiting to be exploited.

The province offers locals and tourists the opportunity to participate in a grape harvest, discover miraculous natural pools of fresh, crystalline water in a hot, salty region; roast and pillar in the home of a coffee farmer; or enjoy a sunset by a huge Lake Enriquillo, the area’s main tourist attraction.

The best recommendation to get to know the interesting of these lands is to go with the Association of Ecotourist Guides of Bahoruco. This is a group of young people who work for the local development of their villages from the interior tourism in a province that occupies the third place in the poverty map of the country, despite its great agro-industrial and ecotourism potential.

Las Marías and other natural spas

The proposal for the internal tourism escapes in the Valley and the Sierra de Neiba begins when passing Galván, in the Natural Monument Balneario Las Marías.

It was called La Cabeza de Las Marías when it was part of a large lagoon into which the Panzo River flowed but which was drained to take advantage of its marshy land.

Today, the Panzo runs under the earth and its waters spring up right at the foot of the mountain to form this spa as a kind of oasis in a land of dry climate.

Besides Las Marías there are other smaller natural lakes such as Cachón de Villa Jaragua; Hoyo de Felipe, in Los Ríos, among others, included in the tour of the Valley.

The Wine and Grapes Route

Neiba is the land of grapes. They have been harvested since Christopher Columbus’ second voyage. This is the reason for the interesting route offered by the guides’ association and the Cooperativa de Vitivinicultores del Valle de Neiba (Coopevine), with the support of the Dirección de Promoción Turística Nacional del Ministerio de Turismo (Mitur).

Everything begins with the spring harvest or grape harvest, an experience that you can only live there, while enjoying the taste of the grapes.

This route allows visitors to walk under the vineyards and later participate in the first steps of the winemaking process at the Plaza Cacique Experimental Winery in Coopevine.

More than 20 varieties of grapes are harvested in Neiba. In addition to those used for winemaking, they are producing varieties such as Sugar On and Red Globe.

The Wine and Grape Route allows you to share with winemakers in their own estates or vineyards and at the end, in the evenings, become a taster discovering, in the different brands, how the quality of their wines grows.

Traces of Taino culture in the area

On the north side of Lake Enriquillo visitors can climb a monument that was a kind of sanctuary or place of rites of the Tainos.

An encounter with those expressions of pre-agricultural cultures that left their traces in those rock formations in front of the lake between Postrer Río and La Descubierta.

In the tangle of formations on top of the giant coral mountains constitute one of the largest rock art sites in the Caribbean and one of the most important ceremonial centers of the Taino cultures, in the south of the country, according to historians and speleologists.

A place that was sacred among those peoples attacked and extinguished by the Spaniards, once again offended by unscrupulous people who can’t imagine the value of these petroglyphs for history and tourism.

This trip to Bahoruco allows you to visit the municipalities of Villa Jaragua and Los Ríos, both on the shores of Lake Enriquillo.

When visiting Villa Jaragua, in its ecological park, tourists will be able to take a bath in its “cachones” with its small bars and typical restaurants.

A photo session cannot be forgotten at the Jaraguence Identity Monument located at the entrance of the town on the way to Jimaní.

In Los Ríos you can find the first rural museum in the country created with the support of the famous painter and sculptor from the capital, Silvano Lora.

This museum survives in a small and rickety typical house of the municipality, in the agony of receiving support so as not to disappear along with the stories told by its almost archeological pieces, utensils, tools and remains of a sugar cane mill.

In addition, you can find its stuffed crocodile, its nostalgia fried in old photographs and other ancient pieces from those Taino cultures of the Cacicazgo de Jaragua and the customs of the first inhabitants of Los Rios.

After touring the valley around Lake Enriquillo and all its attractions in the towns of Bahoruco, the escape will take you through the high landscapes of the Sierra de Neiba.

Declared a National Park in September 1995, with an area of approximately 278 square kilometers, without its legendary pine forests, it shows a true state of deforestation due to “sowing” and cattle raising despite the fact that a large part of its mountains have slopes with a 40% inclination.

The route leaves Neiba on San Bartolomé Avenue, which becomes a winding and steep mountain road to reach the mountain coffee communities. There, many return to their origins by picking up coffee, roasting it, grinding it, brewing it the old-fashioned way and drinking it.

After the Ruta del Café, the San Bartolomé highway begins to reach the community of Los Guineos and go into the basin of its rivers to discover a series of puddles and waterfalls, worthy of spending a whole day climbing and submerging in fresh, crystalline waters.

It allows to contrast the experiences in the Valley of Neiba, hot but fertile, dry but enormous subway water reservoirs, and the humid forest of the Mountain range with abundant water to live the best experiences like the jumps and puddles in the Pijote or Guineo river as the inhabitants of the zone call it.

In this place you can enjoy the typical lunch of the town while you take a great dip.

Like the grape harvest, it is also a unique experience on the island. With about 300 km2, it is 44 meters below sea level. It is part of the Jaragua-Bahoruco-Enriquillo Biosphere Reserve.

Nature lovers will enjoy getting to know the dry forest and the fauna that inhabits it. The guayacán, the bayahonda or cambrón and the Saona tree abound, whose fruit is the main food for the Rinoceronte and Ricord iguanas that have their sanctuary there.

The lake is also the refuge of the only population of American crocodiles in the country, and despite being in danger of extinction, they are among the largest in the world living in the wild. The Dominican Republic is full of hidden places, overflowing with beaches and sand, spas, waterfalls and rivers, mountains and forests, a conglomerate of natural wealth… Fishing in Punta Cana is so diverse and intense that it is hardly fair compared to other places in the world, the reefs in Punta… The Dominican Republic is home to a large number of animal species, one, in particular, being the Caribbean flamingo (Phoenicopterus ruber) or red flamingo, a…